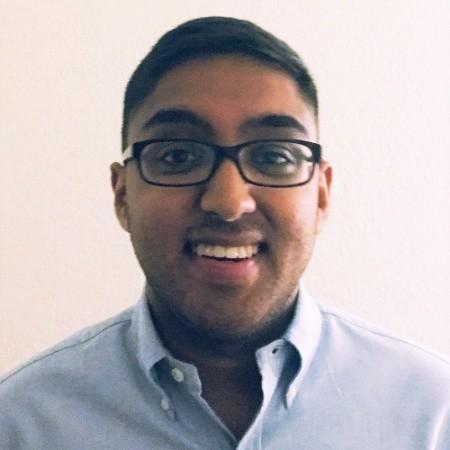 Paketo Buildpacks were a hot topic at the recently concluded Cloud Foundry Summit, the first virtual Summit run by the Cloud Foundry Foundation. The Summit featured project updates, particularly in the Kubernetes space, including a talk on Paketo Buildpacks. Dan Thornton, an engineer contributing to the Paketo Buildpacks project, maintained that they are the ideal tool for transforming app source code into container images.

So, we wanted to share Dan’s talk here and dive into a Q&A of all of the questions we didn’t get to answer during this session. A comprehensive list of other sessions can be found on the Cloud Foundry YouTube channel.

Q: What is the state of the CNB (Cloud Native Buildpacks) project in the CNCF? CNCF TOC suggested that there weren’t enough end users to promote it.
A: The decision to move into incubation is still open. Currently CNB is a sandbox project. CNB’s proposal for incubation listed platforms integrating CNB in production as end-users of the CNB project. The CNCF TOC has yet to determine if platforms qualify as end-users of the project. If platforms do not qualify, CNB will work to identify users that meet the TOC’s requirements.

Q: Will it be easier to see which buildpack versions are in use by particular applications? We often find people using outdated buildpack versions, so visibility would greatly help.
A: Yes! It is much easier to view this buildpack specific metadata on your app image than it has been with previous buildpack iterations (Cloud Foundry buildpacks). Most CNB platforms such as pack and kpack allow you to view this metadata. With the pack CLI, you can run pack inspect-image <image name> to view this.

Q: One challenge with buildpacks is time. Is there a way to “lock in” buildpack versions major/minor/patch?
A: This is a bit outside the scope of the buildpacks themselves, and more about the platform that is running these buildpacks. One such platform is kpack. This platform does let you lock onto a current version of a buildpack but this is a bit antithetical to the process we are looking to encourage. Paketo reduces cost and risk associated with building new application images and promotion of the image from development into production. This should enable users to take advantage of the secure & up to date dependencies Paketo Buildpacks provide.

Q: What is ABI compatibility ? Is this the concept of “rebasable” images layers?
A: https://en.wikipedia.org/wiki/Application_binary_interface It is the contract provided by OS vendors that guarantees that software doesn’t need to be rebuilt when security patches are applied to the OS layers. It makes “rebasable” image layers safe to rebase.

Q: Does Openshift use the same buildpack to make their source to image?
A: No

Q: Does building images using Paketo require a docker daemon as a prerequisite? Can it run with any alternative such as podman?
A: Paketo only requires a Docker daemon when you build with pack, which is designed to work on operating systems like macOS and Windows that don’t natively support containers. Paketo buildpacks work without the Docker daemon (or any privileges) on container platforms like Tekton or on any K8s via kpack. (The CNB lifecycle can build container images entirely in userland, and export them directly to a docker registry.)

Q: What about the multistage builds that are resulting of scratch image with binary and a bunch of config files inside (golang usual)?
A: All builds are effectively multi-stage builds. The buildpack runs in a container, but then selectively chooses what to add to the layers in the image that it is contributing to. Therefore, nothing that isn’t explicitly added by a buildpack will be in the final image. The Go buildpack already uses a rich build image to compile applications and adds only the compiled binary to the final image. We use a base image called tiny which is effectively distroless rather than scratch, for the same reasons that Google created distroless in the first place.

Q: Do you plan to add a Quarkus buildpack to have a light image?
A: Quarkus is not the only way to get a native-image Java application and light images. We support building Spring Boot native images and would welcome contributions to build native-images from other projects.

Q: How would Paketo Buildpacks work if you have dependencies that link into the OS layer with handling “lift and shift”?
A: Given you use a ABI compatible image, ABI compatibility guarantees that the links a dependency has into the underlying OS will not be broken. The Paketo project currently supports 3 ABI compatible images named tiny, base, and full. So it’s possible to lift all application & dependency bits off of an old base layer and place them atop a new one with no breakages.

Q: How is the java buildpack coming on?
A: Complete and ready for production. Get started here.

Q: What’s the name of this CLI tool for digging into layers? Is that pack itself? A: dive